Jump to your Favorite Section

Haile Gebrselassie is the most reputed long distance runner. He has suffered from flat feet. This athlete was born in Ethiopia and he has the greatest number of gold medals at the Olympics for 10,000 meter running under his name. He has been able to secure the Gold medal for four consecutive times. On the other hand, he has created 27 world records during his career as well, even though people think flat feet affect running speed.

Practicing long distance running with flat feet has been a challenge for Haile Gebrselassie. However, he was able to come up with a unique approach on his own to overcome flat feet and experience relief. When he started wearing shoes, he noticed that he is not capable of focusing on his runs at all because of the discomfort. This is the main reason why he started barefoot running. It was a comfortable approach for him to run and secure better returns. Along with that, he also started to learn how to work along with the arches as well. This could deliver numerous benefits to him.

Back in the year 2007, Alan Webb was able to break the United States record and become the fastest person to run a mile. In fact, he was able to run a mile within 3 minutes and 46 seconds. This record is still unbeaten. On the other hand, Alan Webb represented the United States for summer Olympics in 2004, where he was able to complete the 1,500 meter race while securing impressive results. Due to the same reason, he got the chance to work as one of the Nike brand ambassadors from the year 2002 to 2013 as well. However, Alan Webb was suffering from flat feet.

Alan Webb was continuously struggling with pain caused by flat feet and fallen arches. This also led him to back to back injuries along with time. Even though Alan Webb was working as a brand ambassador for Nike, he was not able to wear any of the shoes. That’s because wearing shoes made his health problem worse because his shoes were not the best for flat feet, there are brands more known for that like Dansko and Birkenstocks but they are also not the best for high performance running. This is where he started focusing on barefoot sessions. However, Nike was able to support him by making some changes to the shoes. These shoes were able to push the feet of Alan Webb, which helped him to develop arches effectively. This even made his shoe size shrink down.

Saïd Aouita is one of the most successful athletes from the Middle Eastern region. He was born in Morocco and was able to secure numerous outstanding achievements under his name. Saïd Aouita was working with passion to get the maximum out of track and field events that he took part in. He was able to secure amazing results when winning the 5,000 meters race at the Summer Olympics held in the year 1984. Along with that success, he was motivated to go ahead and achieve numerous great things throughout the rest of his career as well. For example, he was able to set numerous world records. For example, he could set the record for the fastest 1,500 meters, 2,000 meters, 3,000 meters, and even 5,000 meters.

While achieving all these amazing results, he was continuously struggling with fallen arches. In fact, he could not overcome the health issue throughout his career. Due to fallen arches, Saïd Aouita had to continuously suffer from tendonitis. He was wearing special shoes, which were delivering extra support. However, those shoes were not in a position to deliver 100% positive results to him. As a result, he was continuously struggling too hard with fallen arches. He even wore orthotic insoles to balance the pressure, we are not sure which was his preferred brand but some of the most famous ones are Protalus and Superfeet. It provided relief up to a certain extent but could not deliver 100% positive results.

Shawn Crawford is one of the most popular sprinters who represented the United States in athletics during the recent past. He was able to manage one gold medal and two silver medals during the 200m sprint events during the Olympics Games, which were held in 2004 and 2008. Moreover, he has been able to secure numerous other gold medals and silver medals throughout his career in both indoor championships and outdoor championships. On the other hand, he has been able to win the 200m United States Championship four times. Even though Shawn Crawford was able to reach success in his career, he was struggling hard with flat feet.

Steven Plasencia is another athlete who struggled with flat feet. He is the winner of the California International Marathon’s 1992 edition. He has even been able to represent his country during the 10,000 meter events at the 1992 Olympics games. He was struggling so hard with flat feet. In fact, he was affected with completely flat feet. Due to the same reason, he could not survive with his career for many years. Hence, the career of this athlete was restricted only to a few years which is why he then moved to coaching.

As you can see, athletes who had flat feet have been able to secure positive results. However, achieving the best results with flat feet is not an easy thing to do. That’s because athletes who have flat feet have to worry about their pain and injuries during the practice sessions as well. This is why all athletes should think about going forward with surgeries to overcome flat feet.

You also have to consider that medicine and research into flat feet has come a long way in the most recent years so regardless of what kind of sport you do, it’s likely there will be some special shoes for you who have flat feet. We do reviews on these types of things like our analysis on the best golf shoes for flat feet or the best skateboarding shoes for flat feet, so no one and nothing can stop you!

V. Deol
I am the owner and main Editor at The Flat Feet. With a degree in PE and years of research I know how to deal with flat feet. Whether you are a baseball player, runner, nurse, etc, I feel confident to suggest you the right footwear to you. View all posts by V. Deol →

All content we publish on this site is provided ONLY for informational purposes and it is not intended treat, diagnose, cure, or prevent any disease. Statements made on this blog have NOT been evaluated by the Food and Drug Administration. Please consult your doctor before making any lifestyle changes.

Theflatfeet.com is a participant in the Amazon Services LLC Associates Program, an affiliate advertising program designed to provide a means for sites to earn advertising fees by advertising and linking to amazon.com. 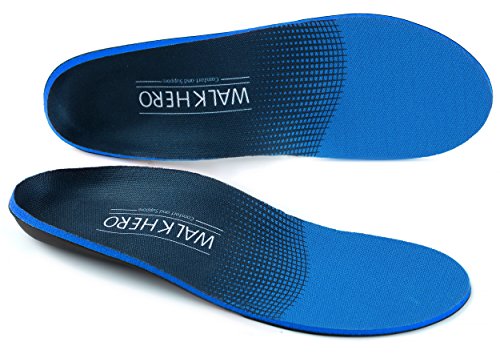